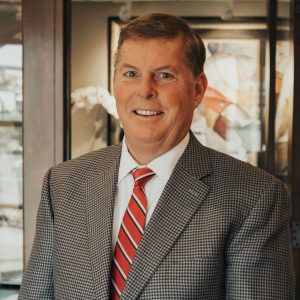 “Thinking about Tomorrow Today” – We have all seen over the last couple weeks how government bodies act in a crisis, as national, state and local governments scramble to address the COVID-19 crisis.

On the federal level, I don’t mean to focus on what they were able to pass in the stimulus through the U.S. Senate or in ratifying that action through the House of Representatives, but HOW they did it.

When the Senate was near completion of the deal and the vote counters felt it could be a close vote, many people were caught flat-footed, trying to figure out how Senators who were confined at home, could participate in the deliberations and vote on this, the most expensive legislative package in this country’s history.

I am not talking about how to change all of the antiquated rules of the Senate or House, but rather, during a time like this of crisis, how there might be a way in which government legislative business can occur without every member of the body being in the same room.

This is even seen clearly at the local level.  State law, through the Ralph M. Brown Act of 1953, ties the hands of all local government bodies.  Under the guise of allowing public participation in their government, public meeting agendas must be printed and made available in advance. Locations of public meetings need to be announced and even posted on the door where the meeting will be held 72 hours in advance.  And public members have a right to directly speak at the public meeting on all items they choose.

But, in addition, we had one commission member that was on a military assignment in Afghanistan.  Included on our agenda, was the “address” of this remote meeting participant.  And believe it or not, there was a meeting notice posted on the mess tent, where the commissioner was physically located, when he called into the meeting.

Isn’t that absurd?  The meeting was aired publicly in Sacramento.  All action of the commission was held in a public place, even with one member calling in on the phone.  But that didn’t matter, the Brown Act had to be abided to.

Now Governor Newsom waived many of the requirements of the Brown Act during this “state of emergency.”  And thankfully he did, as these requirements certainly would have slowed the necessary rapid response of local governments during this crisis.

But once we catch our breath after these current challenges, the federal government should consider updating their processes so that legislators, when extraordinary circumstances require, can vote remotely so government runs more efficiently.

And shouldn’t the State of California totally review the Brown Act to ensure transparency, government accountability and public involvement, and modernize the rules that local governments have been operating under, nearly unchanged since 1953?

The internet and technological advances have revolutionized nearly every facet of our lives. The current crisis is teaching us that it’s time for governments to finally catch up.

Part 2: Is the Future of Education Online?Articles
Part 4: In this Holy Week, is our worship changing?Articles